“One of the funnest parts of writing my novel about a fictive famed standup comic was the creation of a parallel pop culture that mirrored and coexisted with the pop culture we knew and loved from the decade of the aughts. My protagonist Sirius Lee, a Chinese American, attends a predominantly white high school in Los Angeles that’s featured on a reality show similar to MTV’s Laguna Beach, which ran from 2004 to 2006 and was later spun off into The Hills, which would run for the rest of the decade. In this high school in “Guernica Beach,” Sirius meets the daughter of his eventual comedy mentor Johnny Razzmatazz, who I imagine as a cross between Andrew “Dice” Clay and Ozzy Osbourne. The show Johnny’s on is entitled The Family Razzmatazz, an obvious allusion to The Osbournes, which was a hit on MTV from 2002 to 2005.

Looking back on Laguna Beach and The Osbournes, it’s hard to believe that we watched these silly shows in large numbers.”

Read the rest at Necessary Fiction.

Writers of literary fiction are supposed to disdain celebrity memoirs. They’re sucking up all the big advances and lowering the bar of what’s supposed to be Literature, right?

But I’ve got a dirty reading secret. I love celebrity memoirs, particularly by standup comedians (and not just because I was doing research for No Good Very Bad Asian, my novel about a fictive famed standup comedian named Sirius Lee). The best standup memoirs can be so raw and honest, revealing uncomfortable truths about life that even the best fiction rarely addresses.

Here are some of my favorites, a mix of books that I read while researching No Good Very Bad Asian and recent entrees into the genre.

Read the rest of the list at Electric Literature.

Leland Cheuk is the guest. His new novel, No Good Very Bad Asian, is available from C&R Press.

A MacDowell Colony and Hawthornden Castle Fellow, Cheuk is also the author of the story collection Letters from Dinosaurs (2016) and the novel The Misadventures of Sulliver Pong (2015), which was also published in translation in China (2018). His work has been covered in Buzzfeed, The Paris Review, VICE, San Francisco Chronicle, and elsewhere, and has appeared in publications such as Salon, Catapult, Joyland Magazine, Literary Hub, among other outlets. He is the founder of the indie press 7.13 Books.

Cheuk lives in Brooklyn and teaches at the Sarah Lawrence College Writing Institute.

Leland Cheuk: I’ve talked to friends that went through [chemotherapy], and it seems that they don’t do much. It’s really a choice, that they don’t feel like they want to process what happened that much.

I did toy with writing a nonfiction book about it by interviewing fellow survivors, and they all had different takes on it. They thought about death a lot … saying that they never fear dying despite the horrible things that go on in the process. You’re near death at some point, right? Then some people did not feel like talking or thinking about what’s next.

Brad Listi: Who knows what’s the exact right way. You have to sort of feel it out.

Leland: Right. I had no idea what I was doing. I was just trying to be as real as possible.

Brad: Were you writing through the process?

Leland: Yeah, I was writing this novel. I was in the hospital for three weeks, which is a short amount time. Sometimes you can be there for six to eight weeks. … I started writing shortly after. I found it really difficult to sit in a chair for more than thirty minutes and type. I would get sweaty and start trembling, and I’d realize that my body had enough.

Brad: That level of exertion was too much?

Leland: Yeah. I’m eight inches taller than my wife, and we would be walking up the street, and she’s always complaining that I walk too fast, but she was beating me. The world felt overripe. I could smell everything. Summer in New York City.

Brad: I think the general lesson for me would be to move towards people who are suffering than to move away. Even good people move away, and you notice that when shit hits the fan.

Leland: I remember every friend who visited. There were a few that I thought would visit, but they didn’t. Especially when you’re younger, and people aren’t able to deal with that.

Check out the interview at LitHub.

“Whenever the topic of Asian Americans in the entertainment industry comes up, for a few moments, I mentally include Sirius Lee. And then I remember that he is only a fictional standup comedian, the protagonist of Leland Cheuk’s intimate novel No Good, Very Bad Asian. It’s such a vivid and engrossing portrait of a lovable, modern-day schmuck—a character who feels immediately iconic, like Holden Caulfield—that I was almost disappointed when I learned that Cheuk is not at all like Sirius Lee, although he did perform standup in bars while researching for this novel.

While Sirius Lee finds fame as a teenager and struggles with the fallout from that, Cheuk’s fiction didn’t get picked up by publishers until he was in his late 30s. His debut novel, The Misadventures of Sulliver Pong, was published by the Chicago Center for Literature and Photography in 2015; a story collection, Letters From Dinosaurs, followed soon after in 2016 from Thought Catalog Books. Before all that had happened, Cheuk survived a life-threatening diagnosis of MDS, receiving chemotherapy and a bone marrow transplant. Over coffee in Brooklyn recently, Cheuk revealed how his manuscript-in-progress for No Good, Very Bad Asian took a different turn after his recovery. But it’s still funny as hell.

Cathy Erway: I don’t think I’ve encountered in literature an Asian American character who’s overweight, struggles with substance abuse, and is constantly screwing up in life. Have you?

Read the rest of the interview at Electric Literature. 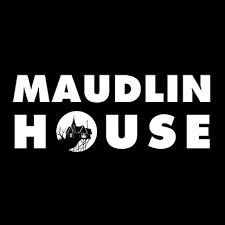 So much Pierre had yet to do despite twenty-eight years on this planet.

The to-dos came to him in threes (usually after his morning bowel movement). He didn’t know why they interrupted whatever thought he was having at the time, or why they did so in that particular number, but he kept a list on his phone app, and decided he needed to complete each task.

He’d had acute myeloid leukemia. His doctor put his chances of surviving the stem cell transplant at 70%, his chances of finding a perfect match donor also 70%. Multiplied together, Pierre’s probability of survival at that moment was just 49%.

The doctor chuckled and later apologized for doing so.

Two years later, Pierre was still here. He’d recovered and now had an unknown number of years to do everything he’d ever wanted to do with his life. The only problem: he’d never kept a bucket list, never even considered death until the doctor kept uttering phrases like “life-threatening condition” and “you can die from” blah-blah-blah (spoiler: just about anything and everything). But now the list was making itself, like a divine revelation.

Pierre packed a sizable backpack and set off to complete his first list.

Read the rest of the story at Maudlin House.